On May 7, 2016, Fight to Win Pro came to San Diego to host a great event that showcased California's top Brazilian Jiu-Jitsu Athletes. The goal was to submit your opponent within a set time limit in order to win the full money prize. Most of the match ups were able to achieve this outcome, having such high-level athletes take the stage. One mat captured all the action as the fighters put on a spectacular show! Among them were MOYA Brand's own black belt Sergio Machado (Team 3/Checkmat) and brown belt Rolando Samson (Atos, HQ).

Sergio Machado wasted no time in controlling his fight against Jason Youseph. After pulling guard in the first few seconds, Machado was able to sweep to an immediate pass. For the rest of the fight, he maintained top control of his opponent, who was unable to escape the heavy pressure Machado effortlessly put on him. It wasn't long until he was able to grab Youseph's arm for the submission via arm bar.   Congrats to our Army Ranger Combat Vet/Jiu Jitsu Black belt!  Check out Sergio on Insta @sergio_machado_athlete 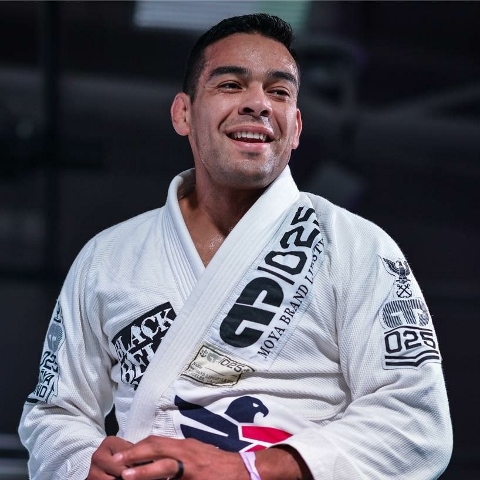 Rolando Samson, who was born and raised in San Diego where the event was held, came in with the heat by having his family and a solid set of fans cheer him on amongst the crowd. This youngster never disappoints, attacking his opponent (Dom Hoskins) from the on set of the match with surges of constant submission attempts. Fighting for more than just the prize, Rolando's only game plan was to win for Papang, a family member who passed away just 3 days before the event. Although his opponent's defense game was a tough one to beat, it was no match for Rolando's never-failing power and agility. He successfully submitted his opponent in the end with a sick pass to arm bar. Rolando Samson proved once again to be one of Brazilian Jiu-Jitsu's most exciting fighters with another win under his belt, showing the balance of sport and higher education is achievable!

Check out Rolando on Insta @rolando_samson 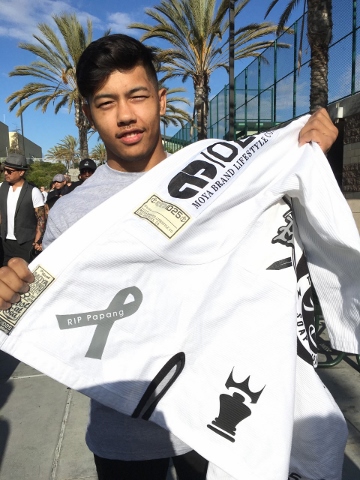