Hard work really does pay off. If you were able to catch a glimpse of Devhonte Johnson during the recent 2018 Worlds, you’d see his hard work in action towards the gold in the super heavy mens brown belt division.

In the past year, Devhonte’s took double gold at Nogi Pans, took gold at Nogi Worlds, and won the Europeans and Worlds in the gi division. He’s currently a brown belt under Unity Jiu Jitsu. He trains at both the Manhattan school and the New Jersey school in Totowa.

In preparing for the worlds, Johnson focused on rest and recovery. “The main thing that helped me this year was rest leading up to Pans I was feeling a bit burned out and overtrained...” says Johnson “...so when I came back home from Brazilian Nationals I cut down my training a lot and just tried to focus on recovery and getting lots of sleep.” He he would train he would go as hard as possible and explosively, focusing on his best positions to make the most out out of the reduced time he had. He felt that this kind of preparation was fantastic since he felt very rested and healthy. His method of preparation definitely worked as defined by his strong performance towards the gold. 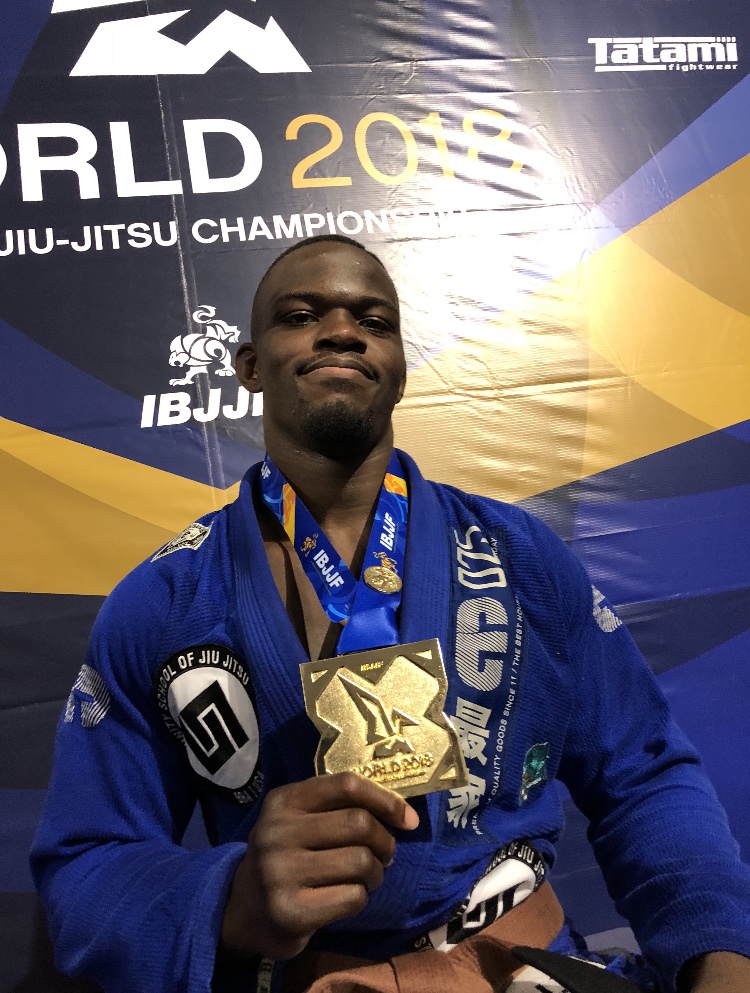 Johnson felt both happy and thankful for being able to win worlds. “Not many people win Brown belts Worlds their first go at it and I’m just happy I was blessed with the opportunity to fight and even more blessed to have got the job done. I’m also very thankful for my professor Murilo Santana and all my teammates and students at Unity NYC and Unity NJ for all the help preparing for this event.” Johnson is currently focused on nogi training after his fight in Copa Podio on June 16th in Porto Algre, Brazil. “I Plan to spend a lot of time working on my leg lock game (both offense and defense) and just getting comfortable doing nogi again” says Johnson. For Johnson, nogi is starting to get more fun for him year after year and really looks forward to winning the qualifier later this year. Devhonte is a very ambitious competitor so expect to continue seeing him take the spotlight at the big competitive stages.